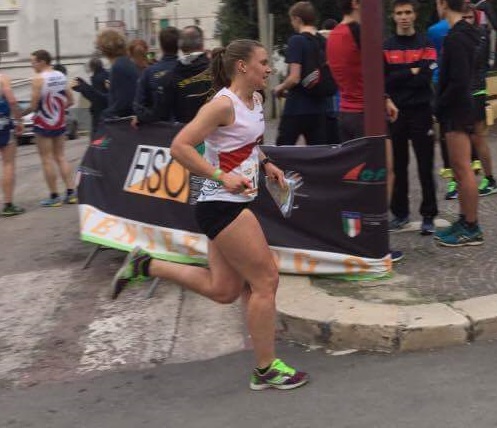 Just 2 weeks after the training camp in Spain, I went to Gargano in Italy for the international open MOC sprint camp. Together with a big group of international elite runners, I got to run many tricky old town sprints in full speed. As part of the camp we ran two IOF test sprint races, one knockout sprint and one chasing start sprint. Tough, but good training. The week in the south of Italy was ended with participation in MOC, on the west coast. There we ran a night sprint in Agropoli, a sprint in the UNESCO ruins of Paestum, and in the UNESCO royal park of Reggia di Caserta.

I travel to Italy together with Ida Marie Næss Bjørgul and Nikoline Ekeberg Schjerve, and we got a really nice week. The first day with sprint races went well. First we ran a short qualification in which I got the 9th position, 32s behind Helena Janson who won, after a quite good technical race. The 30 best after the qualfication ran a knockout sprint in the afternoon. In the semi final I could not fully follow Sabine Hauswirth (SUI) and Nikoline physically, but did a good technical job and could somehow follow due to that. Towards the end Sabine did a big mistake and suddenly I found myself infront at the 2nd last control, and after a good finish sprint, I could win the heat and got into the final. In the final my legs were extremly tired, and after I hesitated a little the two first control, the three best girls had gotten away. I did have a nice fight with Alva Olsson and Elin Månsson though. 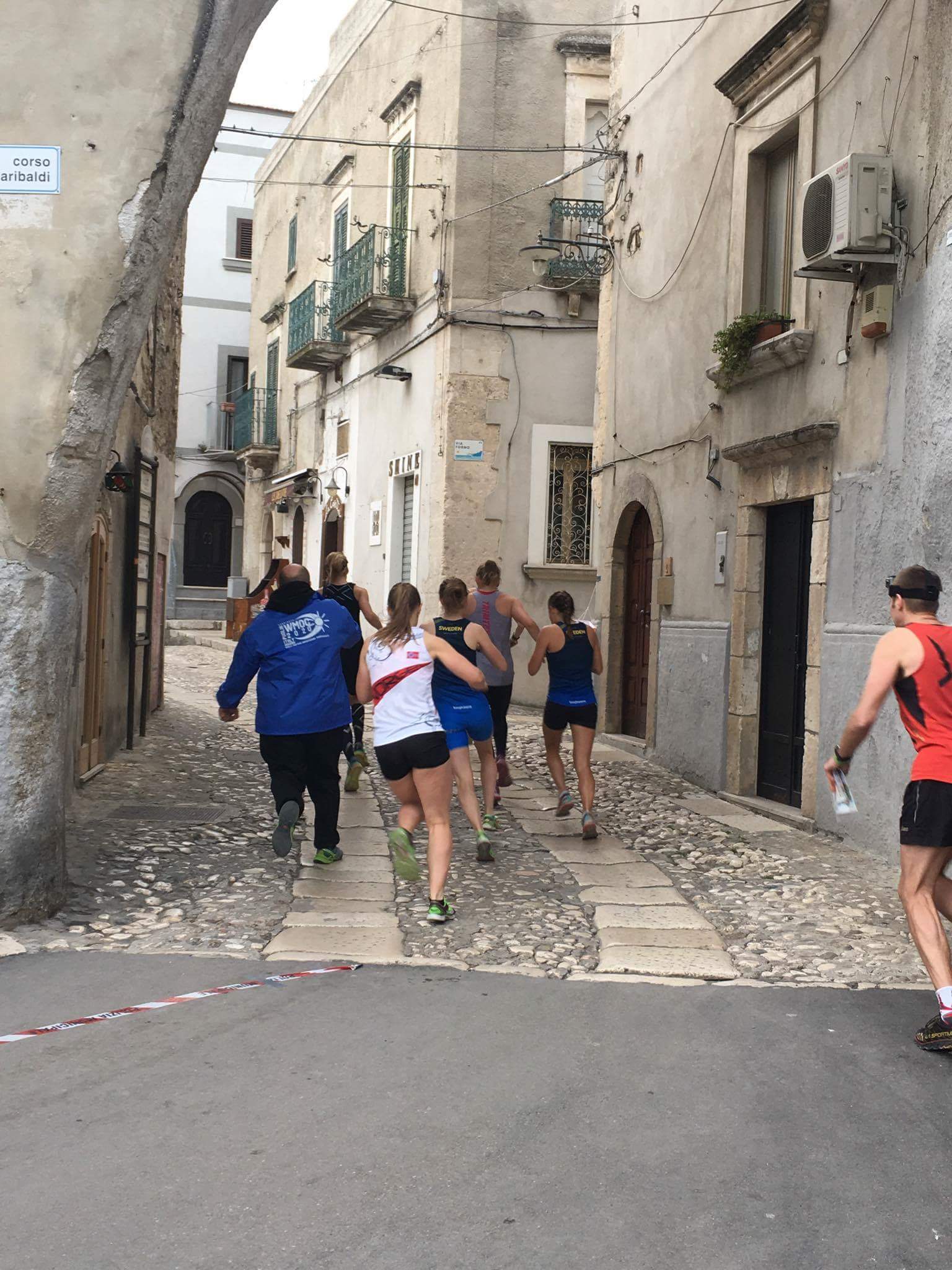 From the final start in the knockout - photo: Lone Brochmann

The day after we took it a little bit more easy, but than on wednesday the second IOF test sprint was organized. This time it was a chasing start sprint with 3 heats based on the results from the qualification on monday. I went out in 4th position 32 sec behind Helena Janson (SWE), a little less behind Tessa Strain (GBR), and only some seconds behind Martina Ruch (SUI). I opend quite controlled and got quite directly catched up by Isia Basset and than we catched up with Martina and Tessa already at control 2. The others were fast, and I struggled to follow and at the same time having control. I was therefore last in the group, but this paid off already at control 3 were we entered a tricky area. To the 3rd last control I was leading this pack of runners, but had not read ahead and while the others had time to read in the two last controls while I was orienteering, I had to stand at the control to decide what to do. The others just went on, and started the finish sprint, and I fell behind. Anyway an ok technical performance, but I need to work on the tactic part of short races with masstart/chasestart were the first woman wins. 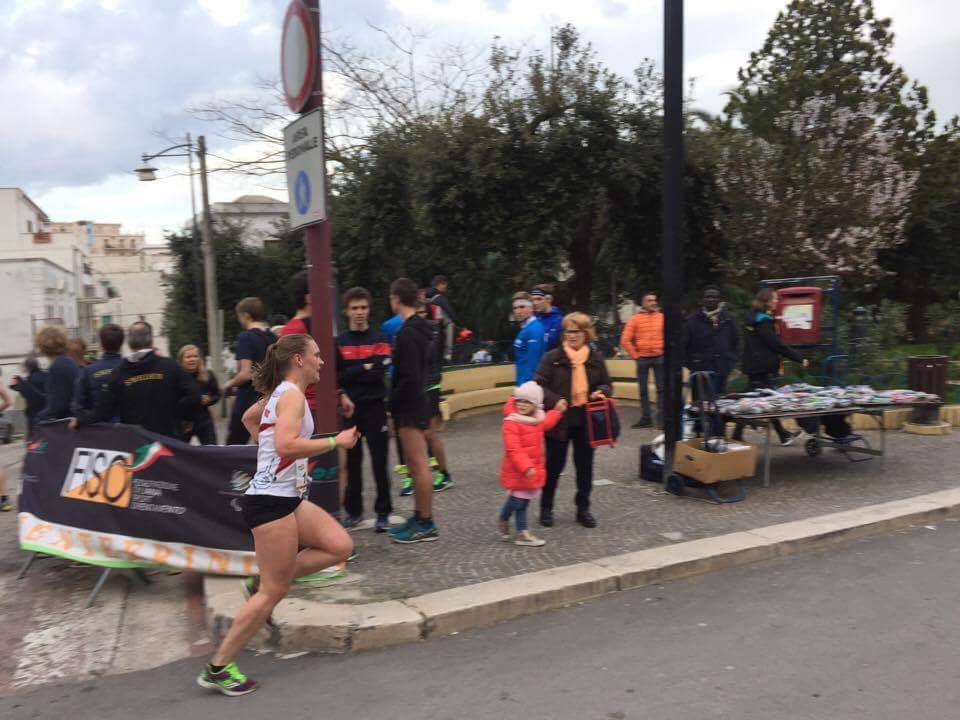 The last meters of the final - photo: Øystein Kvaal Østerbø.

The MOC camp lasted from sunday to thursday, so on thursday we travelled to Paestum on the other coast side of Italy. I took this day free from training to try to recover for MOC. MOC stage 1 was held in the old city of Agropoli as a night sprint. The city was much less tricky than in Gargano, but it was still necessary to be careful and avoid mistakes. I ran quite good even though my legs were tired, and got an 8th position about 1 minute behind Helena who won again. The next two days I was really tired, so I just jogged through the sprint in Paestum - stage 2. At stage 3 in Caserta I tried to run fast, but had no more speed left in the legs. 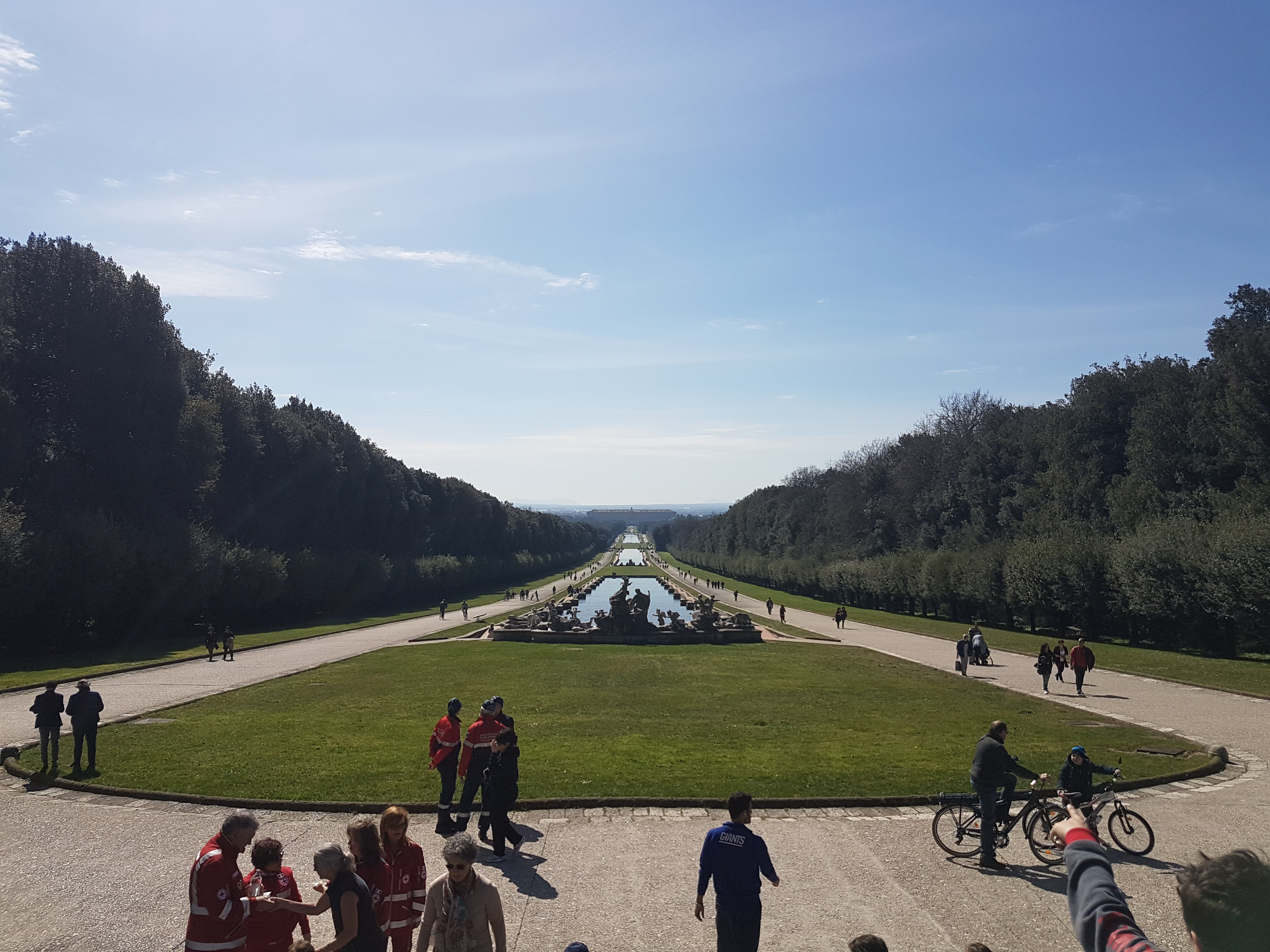 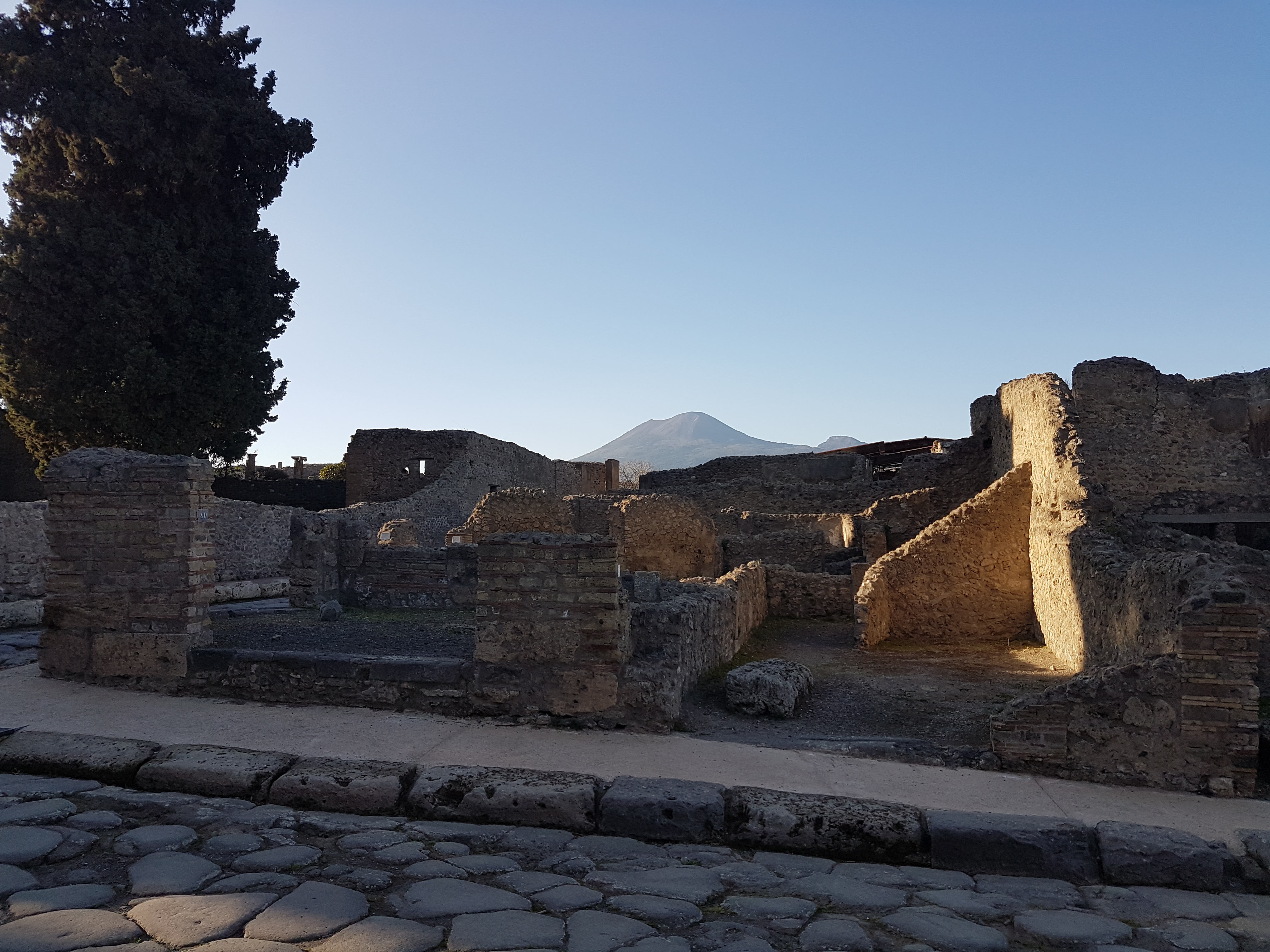 The ruins of Pompeii and the Vesuvius vulcano in the background.

Now I will stay in Switzerland for several weeks and train on home ground, as well as starting the national season here. In May I will join the National Team in Estonia for a WOC training camp.