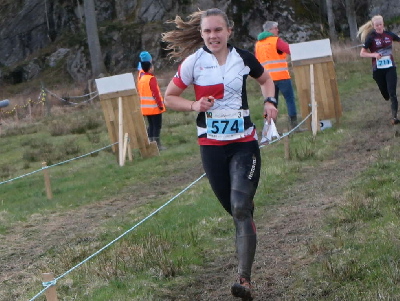 This weekend I ran Tiomila, in Partille in Göteborg, for Sävedalens AIK team 1, together with Jenny Bengtsson (1st), Maria Magnusson (2nd), Camilla Engstrand (4th) and Anastasia Denisova (5th).  Jenny and Maria ran well in the first two legs, and I started out as 22nd team, 4:20min behind the lead. Sadly, I got troubles with stomach pain, and the whole race became a struggle. Technically I was able to keep it together, but I lost time continuously through the race, and I knew very well that I was not able to deliver a good race for my team, as I wanted to do. I lost 10min to the lead, and we were out of the fight for the top positions. I changed over to Camilla in 37th position, and she and Anastasia ran well, climbing us up to a 25th position in the end.

Tiomila is one of the highlights of the season, and this year it was organized in Göteborg and home ground for Sävedalens AIK, in the terrain I also ran JWOC in, in 2008. Therefore, I was looking forward to the relay, and the demanding and tough long 3rd leg. I went to Göteborg together with my parents in the morning, and meet with the rest of the club at the arena. The weather was nice, but the arena was a little muddy after a lot of rain Friday. After inspecting the arena, I watched the start of the women relay, and Jenny running out in the forest. She ran well, and could change over to Maria in a 44th position. I started my warm-up, and had a little bit heavy legs, but that is often normal before competitions. In the change-over zone, my team leaders told me Maria was running well, and she was, so I could run out in a 22nd position together with some other teams. 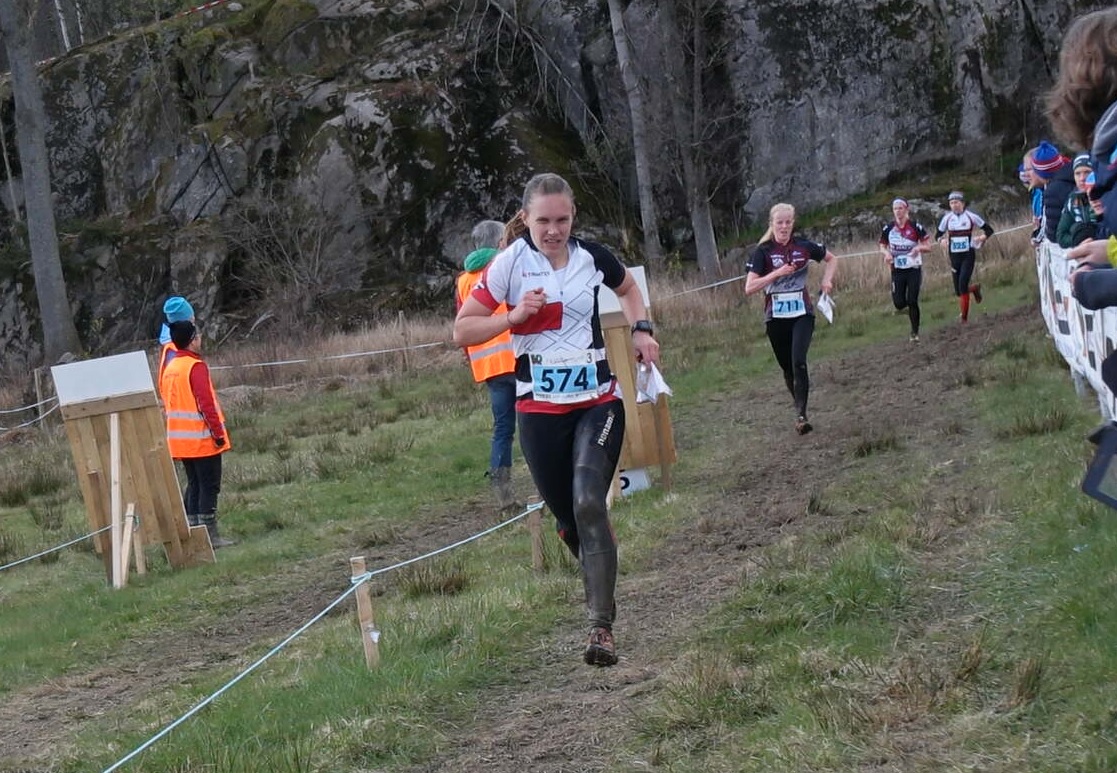 I focused on myself, and took the first control well. I continued to focus on myself and led the way towards the 2nd control, where we caught some runners. I continued running ok, and had some runners following. At control 3 my stomach started to cause me pain, and several runners who had been caught up or had run on my back and caught me up, past me. I struggled to keep up, but took time to drink between the 4th and 5th control. I started running after the others, but did not want to lose so much height as they did, so took my own routechoice which I still think was the better one, but due to my lower speed, I came at the same time as the others to the control. My stomach was still painful, and I stood for a while at the control to see where to run. I thought the others ran in a strange direction out of the control, so I took my own direction and ran straight. After passing the road I realized that I had not seen the best routechoice on the path to the right, but it was too late to change my route, so I continued up the steep slope, together with OK Hällen. The stomach did not stop being painful, and I tried to focus on one control at the time and to keep running. To the 8th control I did not see the path over the hill in the terrain and came further left than I wanted to, and sometimes I should have been tougher to go even straighter, but all in all I ran well technically through the whole race. Disappointed, but finally at the finish I was 37th, and had lost 10 min to the leading team, and we were out of the fight for top 10.... Camilla ran a good leg, and climbed us up 5 positions to a 32nd position. Anastasia continued the climbing on the last leg, and ran a very well. She got us up to a 25th position in the end. A decent result, but I know we could have done better if I had been able to deliver a normal performance. 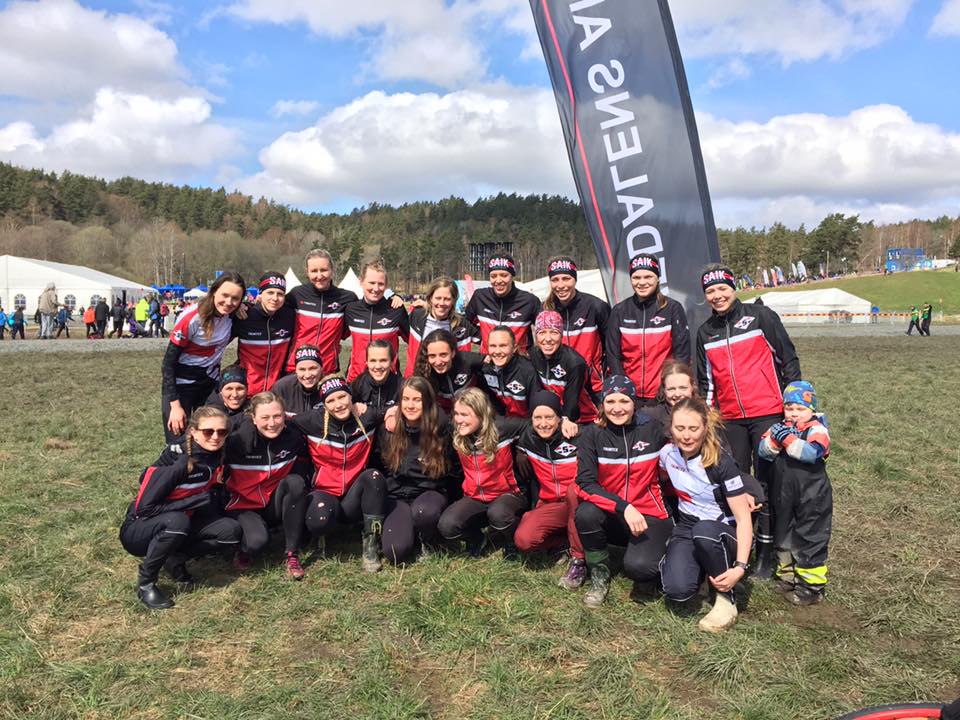 Sävedalens AIK had 5 teams in the women’s relay, and the 4 other teams ran into 68th, 101th, 138th and 207th position. So many good performances in all teams. While our youth team did the best performance of the day with a 7th (!) position in the youth relay! Also our men ran well through the night, and the 1st team got a 53th position in the end. It was as always, really nice to meet with my Swedish club again! Thank you all!