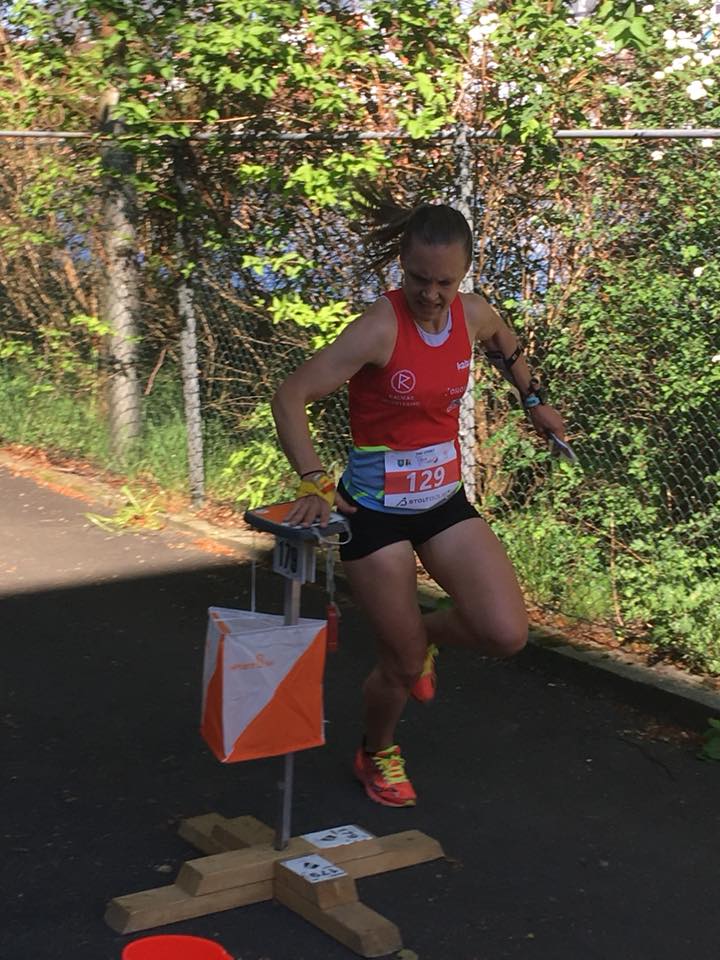 The Norwegian Championships in Sprint and Sprint Relay were held in Stavanger and Sandnes two weeks after EOC (26.-27.05.). In the qualification I felt a little rusty, but did an ok race winning my heat. In the Sprint Finale the same afternoon I started a little too slow, but found better into the race after some controls and ran a good race. I was in the fight for the medals until the finish, but ended 4th just seconds behind silver and bronse. In the Sprint Relay the day after I ran the 1st leg, and due to shorter forking to control 1, I was in the lead more or less all the way, and won the leg. My teammates Anders Haga, Øistein Fagerli Næss og Kristine Eide Rapp all fought well, and we ended as 19th.

As always after a tough Championships the legs and the head need some rest, and it took about 10 days before I had the first training where my legs felt normal and not heavy. The weekend after EOC I used to run the Pfingsterstaffel for the first time which OL norska organizes, and eventhough I did not have legs to run fast the terrain was beautiful! Approaching the Norwegian Championships I knew that I had no top shape to show for, but that would be the same for many of the others which also ran EOC. My goal was therefore to take a medal. The qualification as well as the final was held from "Badedammen" in Stavanger. My qualification was stable, but I felt rusty technically, and had to stop more than normally. So I was happy to get this qualifier to find into my sprint routines again. 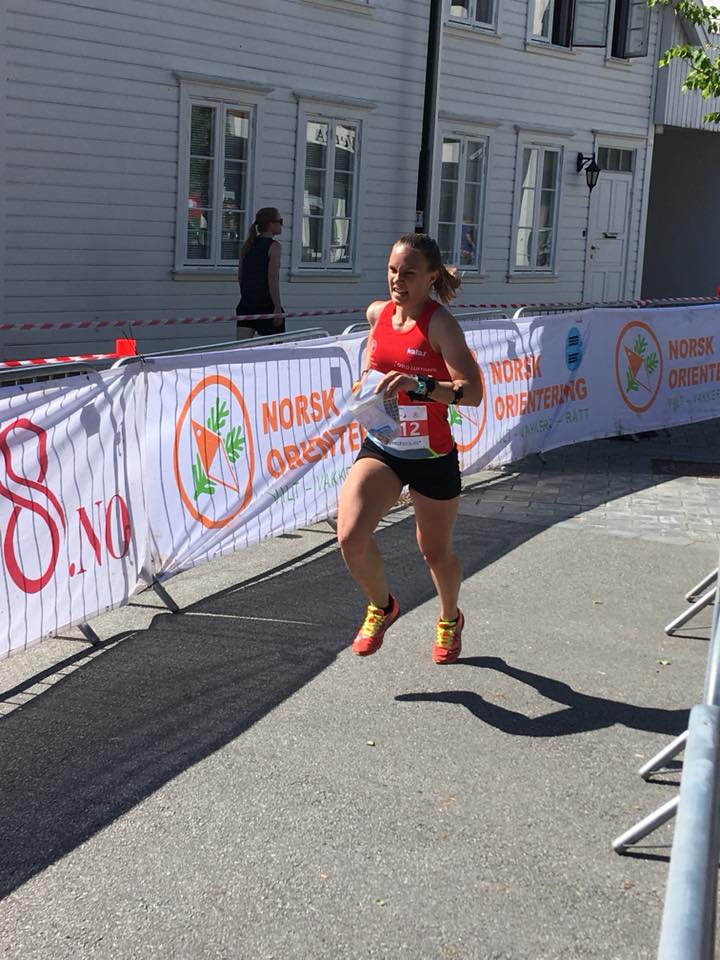 Before the sprint final I felt ready and looked forward to a cool sprint. I was maybe a little bit too calm in the beginning and lost some seconds on all the first 3-4 controls. But after that I found better into the race and ran well. My routechoice down towards the arena was bad, and I lost about 10seconds, but I was still 2nd at the arena passage just some seconds behind Sigrid Aleksandersen, and some ahead of Andrine Benjaminsen and Ingjerd Myhre. It turned out to be a tight fight, but I did not know that while running. I just tried to run as good as I could the last loop. However, my routechoice to control 16 was not the best one, and I lost 10s, as well as some seconds to some other controls, and I ended 4th despite a stable performance. But that is sprint, and I am satisfied with my race eventhough I lost the medals. 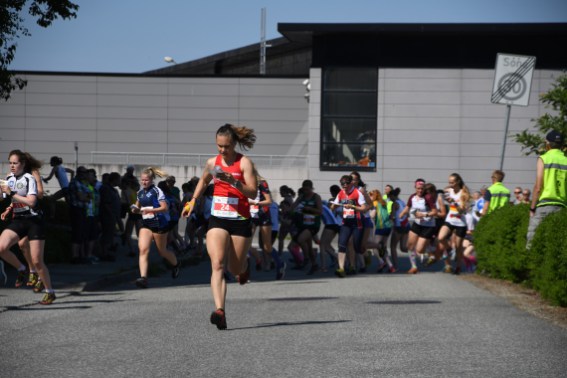 In the Sprint Relay I got to run the 1st leg, and I looked forward. I used my time well towards the startpoint and saw that the right option was too long, I decided to run the road to the left and then straight upwards to the controls avoiding some stairs. When I took left I was suprised that noone wanted to join, but a second glance at the map ensured be that my route was definitly not bad, and I continued. Up the slope I saw the runners who took the stairs a bit further right came in just behind me and I ran first up the last part of the slope to my control. Here the field splitted, but I was first on my forking and towards my 2nd control. I kept my lead of some 10-15s until control 7. But towards control 8th I choose the wrong routechoice for my forking, and also have the longer forking. Therefore, I suddenly have Halden SK infront of me towards control 9. My plan was to run right, but I decided to follow Halden left since she run there and we both thereby took the longer route here loosing some seconds. Towards the 10th, I run past Halden SK which is hesitation, and run into the arena first. I run also a good last loop all alone except of meeting a lot of runners on my way back, and I could change over to Anders Haga with a lead of 26 seconds down to Halden and Nydalens. Anders ran a good 2nd leg and kept the lead, changing over to Øistein with a lead of 20 seconds. It was a tough task for Øistein Fagerli Næss on the 3rd leg, but he fought well and changed over as 12th to Kristine Eide Rapp. She also got a tough fight against the elite runners on the last leg, but she managed well and we got the 19th position in the end. 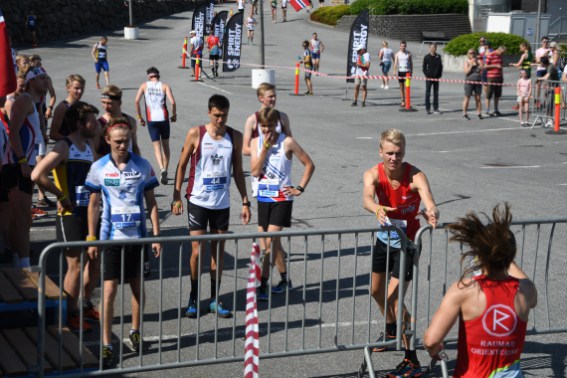 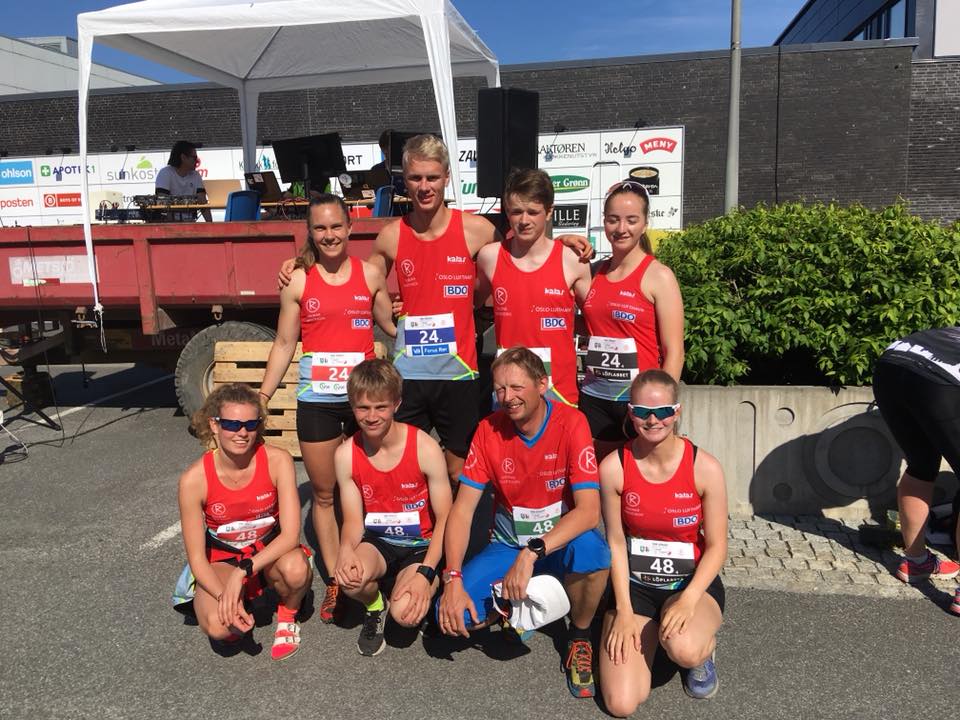