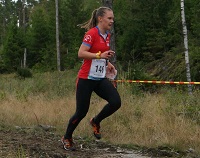 Last weekend the "NM-uka" was organized in Halden from Thursday to Sunday. In the long distance race Thursday, I ran a stable performance, without having the legs for a top position, and ended 7th. In the middle distance qualification race on Friday, I managed to win my heat, but with several mistakes. On Saturday, I did a good start into the middle distance final race, and was in the fight for top position in the middle. But then several mistakes summed up the last part and I ended 9th. The weekend was ended with the relay on Sunday. I ran an OK first leg, making one small mistake towards the end, and changed over 40s behind. My team with Anne Larsson Hovind and Turid Kamstrup Hovind finished as 38th.

The long distance on Thursday was tough, with a lot of steep cliffs, marshes, lodges areas, and blueberries, and mainly long legs. I started out very well to the river, but did not managed to find the right passages or execute my plan well towards control 1, and got way too fare down the slope instead staying on top of the hills. Loosing more than 1 minute on this. Found the control without problems, and to the 2nd, I should have been tougher and run more straight instead of rounding cliffs as much as I did. Thereby I lost time again, even tough my control taking was fine. The 3rd was short, while the 4th was the longest leg of the course. I took my time, and decided to run fairly straight. Did not execute my plan fully in the first part, and lost time, and then again I lost time through the same area as to control 1. After crossing the river again, I saw that I was catched by 3min by Andrine Benjaminsen, and she was maybe 20s infront of me on the road. Did not get her back, but catched up a couple of runners that started in front of me. The 5th leg was fine, to the 6th I chose the slower route and lost some time, and the 7th was fine again. After the arena passage I was tired, and the terrain had low visibility and runability, but I kept it together somehow, and could finish without having done any bigger mistakes. Physically it was tough the whole way, and as the result list show, I was too slow for a top position. I ended on the 7th. 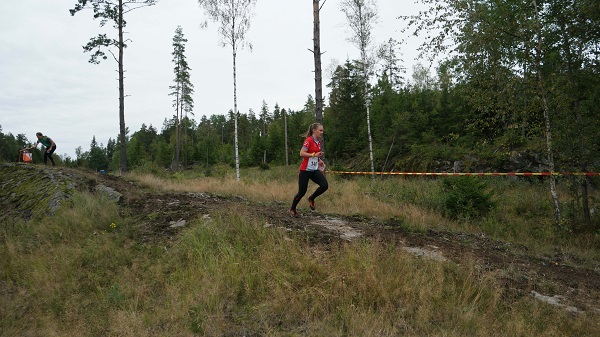 In the middle distance qualification, I felt good, and did a very good start. But in the 2nd half I made one parallel mistake costing me 1 minute, and one mistake inside the control circle also costing me around 1min. So I was a little stressed approaching the finish, but I qualified easily and even won my heat. Meaning no one had a clean race. In the middle distance final the terrain was flatter and more varied than in the qualification. I focused on the technique, and even though I maybe could have run a little faster, I ran well the 1st half of the course, with only one small (ca 20s) mistake to control 5. Approaching control 8 I was still in the fight for medals, but I was too fast into the control circle thinking the control should lie in the reentrance. Therefore, I ran past the control flag without seeing it and down into the reentrance. Found a control further down, punched it, but it had the wrong code. Confused, I stopped and decided to go back up on the hill to relocate. Found my control after ca 1:15min. Irritated on myself, I ran safely to control 9, and continued well until the 12th control. In the last loop after the arena I was tired, and did not manage to keep the focus 100%. I therefore did not watch my compass carefully, and hit a cliff which I had to run around losing 30s to control 13. Towards the 14th, I was again not careful enough, and was lost for a while in the marsh before I could relocate loosing another 30s. Towards the last control I ran straight, but it was too slow, and I lost some more seconds. In the end I was 9th, 4s behind the 7th, and 2:30min behind the 3rd place. The race is not finished before the finish line, so I have to keep working on putting together a whole race.

In the relay my legs were really tired, but luckily there was no one in the start field who wanted to increase the speed, so I could run at my own pace. I focused on myself towards control 1 and got it without problems leading my forking. Came together with the rest of the forking approaching control 2. During the forked 3.-5. controls, Halden SK1 with Kine Steiwer got a gap, but I could almost close it to control 6. On the long leg to control 8 I was not careful enough and drifted to fare left, and I think I might have lost almost 1minute compared to a good execution of the leg. However, no one else did a good route here, and I could approach the control with the leading teams. The control was forked and Halden's Kine got a 30s gap which she held until the arena passage. The control after was tricky and forked, and I did not understand the terrain the last 150-200m, and stopped too early. Found a cliff with a control, but first thought I was too fare up the slope and went down, and had to turn and get back up the slope. Lost ca 1min here. Kept fighting the last controls, and could finish as 8th runner 40s behind. Anne Larsson Hovind ran the 2nd leg in my team, and ran a technical stable race. Her sister Turid Kamstrup Hovind ran the last leg, and after a long fight she could run us into the 38th place. Halden SK won the relay. In the men's relay Raumars team 1 got the 11th position, while team 2 ended as 80th. 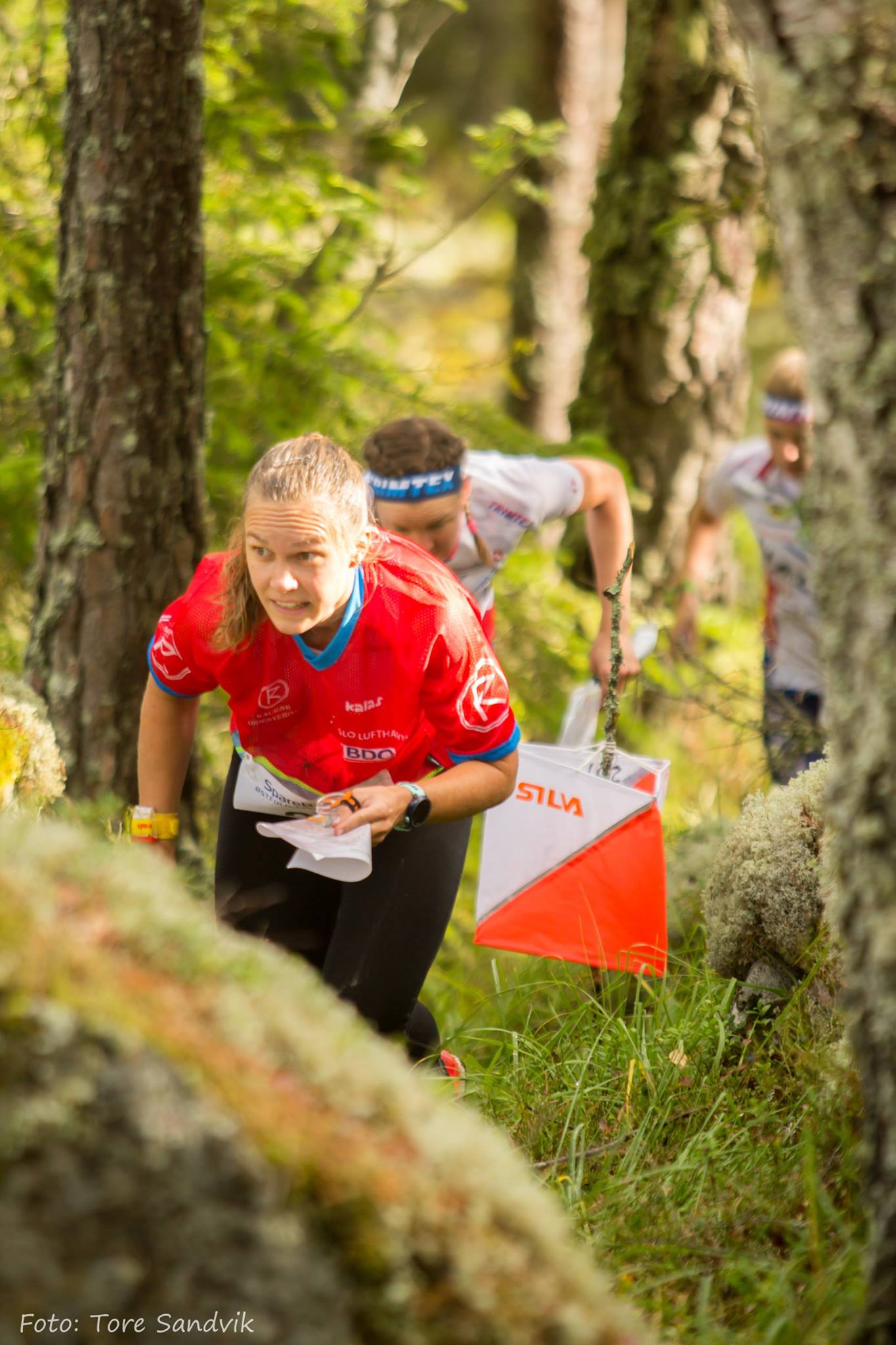 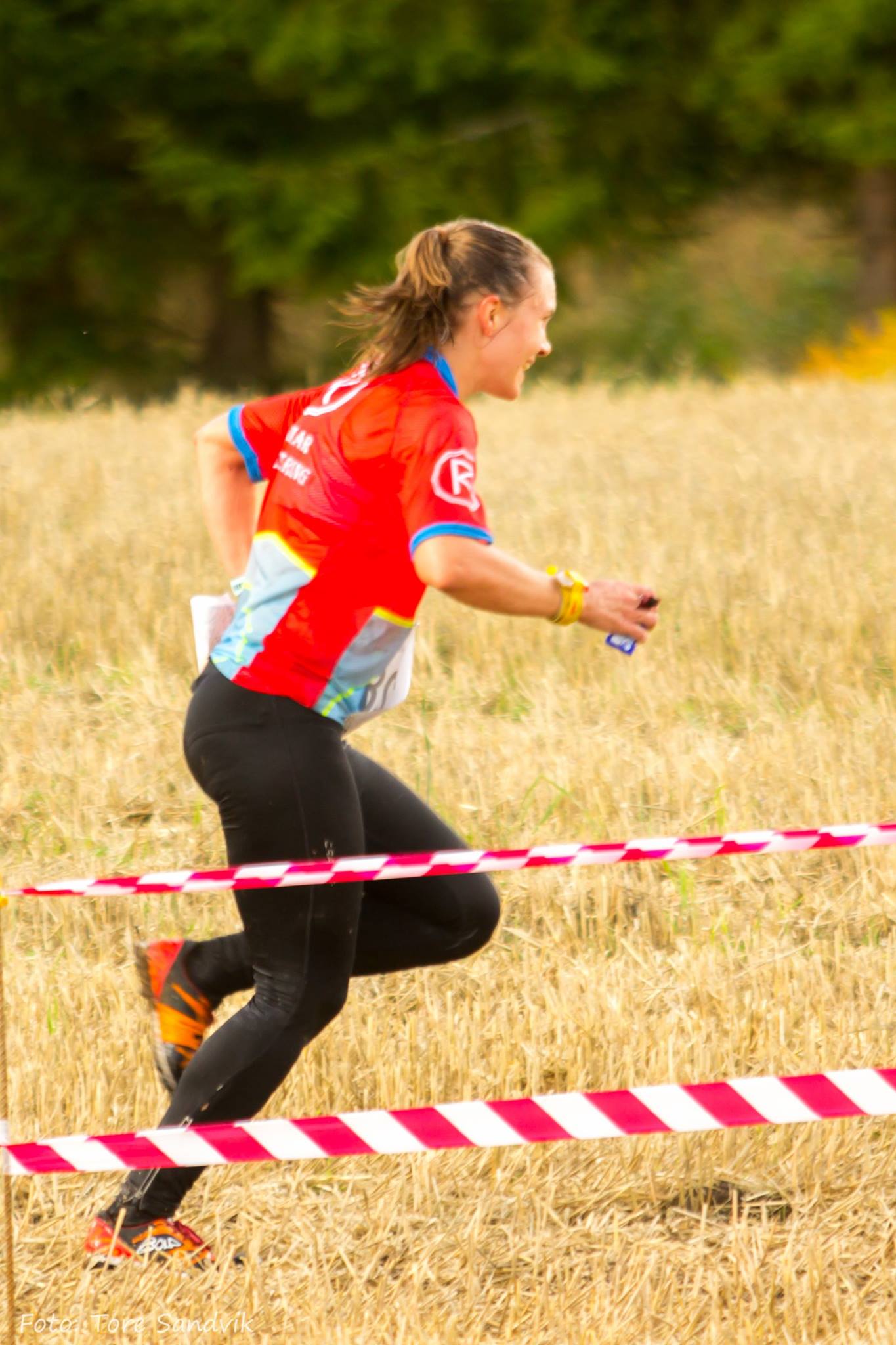