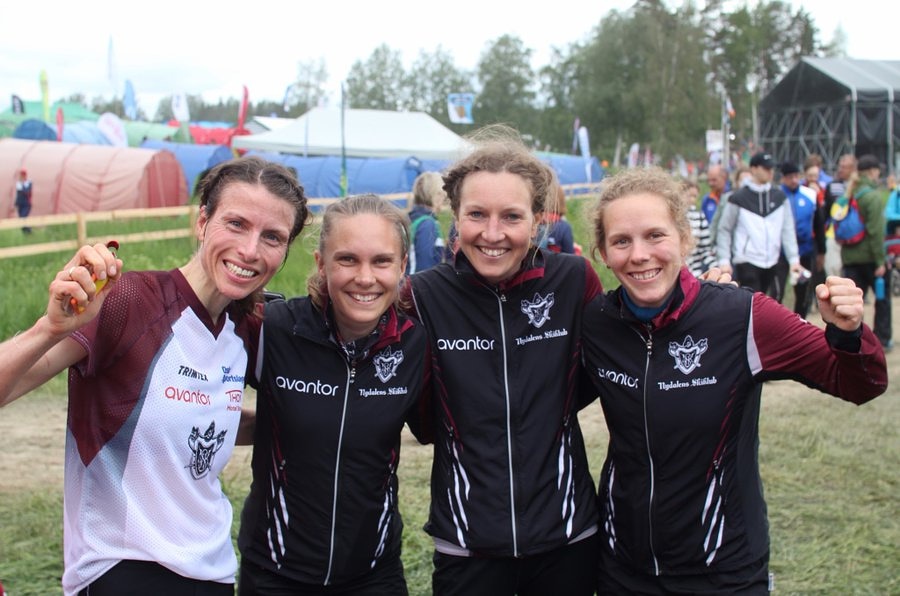 I travelled directly from the World Cup in Helsinki to the Venla Relay in Kangasala. Together with the rest of the runners from Nydalens SK I could make 4 relevant trainings in the days leading up to the relay. I ran the 3rd leg in the first team together with Siri Ulvestad (1st), Tone Bergerud Lye (2nd) og Anne Margrethe Hausken Nordberg (4th). We did a good relay and fought for the top positions ending 5th in the end. Fun courses and nice terrain. I could climb us from 35th up to 7th position during my leg after a good technical performance.

Siri had a secure and good first leg and changed over in the big group after Haldens SK who came in alone. Tone had a flying start and climbed a lot of position in the first part of the course, but unfortunatly she made a mistake to the 4th control, and dropped some positions again. From there on she again ran strongly and sent me out as 35th team. I saw some runners from the same leg as well as many runners from previous legs who were one (or two) leg behind, but the forkings made me run my own race. Towards the 5th control I fell hard and smashed my tigh but luckily I was able to continue after a few seconds, and I could run as normally again. On the long leg to the 9th control I catched a rather large group of runners and I could climb some positions. However, here I actually ran a bad routechoice. Going around to the right was about 1min faster! When the big group went a bit high in the slope to control 10 I passed them and from there on i was infront of these runners. I came together with Haldens SK here, and we ran together until the 3rd last which was forked. Here I passed one other team as well and approaching the arena I could see the back of Paimion Rasti as well. Sent out Anne Margrethe as 7th team, and she did a good race and secured a 5th place for us! Good running also by all the other teams of NSK in both the Venla relay and the Jukola relay (men), and fun to get both first teams among the top 10.