In the end of August I went to Latvia together with the norwegian national team to run World Cup round 3. I started the middle distance a little insecure, and made several mistakes on the first controls. But from control 4 to the finish I ran a stable technical race, and ended as 36th. In the relay I did not understand the terrain into control 1, and in the stress I was not being realistic, and searched it forever. Sad to destroy for the team on the first leg, even though I ran an OK race the 2nd part of the race, I could not repair the damage. My teammates Emma and Marianne ran two very good races and could climb us up to the 7th position! In the sprint compititions in the end I ran a good qualification ending up as 3rd in my heat. In the final I was very tired, but managed to do a close to clean race, and got the 21st position. After the World Cup races, I stayed in Latvia for 4 days to train for the World Championships which will be held in the same area next summer.

Selected for the WCup in Latvia

have been officially selected for the World Cup in Cēsis Latvia 24th to 27th August 2017, and the national team training camp for WOC 2018, which will be organized in the same area. The World Cup round in Latvia will consist of a Middle Distance at 25th of August, followed by a Relay on 26th, and a Sprint Qualification and Finale on the 27th. So after some weeks of season break after WOC, the 2nd part of the season will continue in Lativa in about 2 weeks. 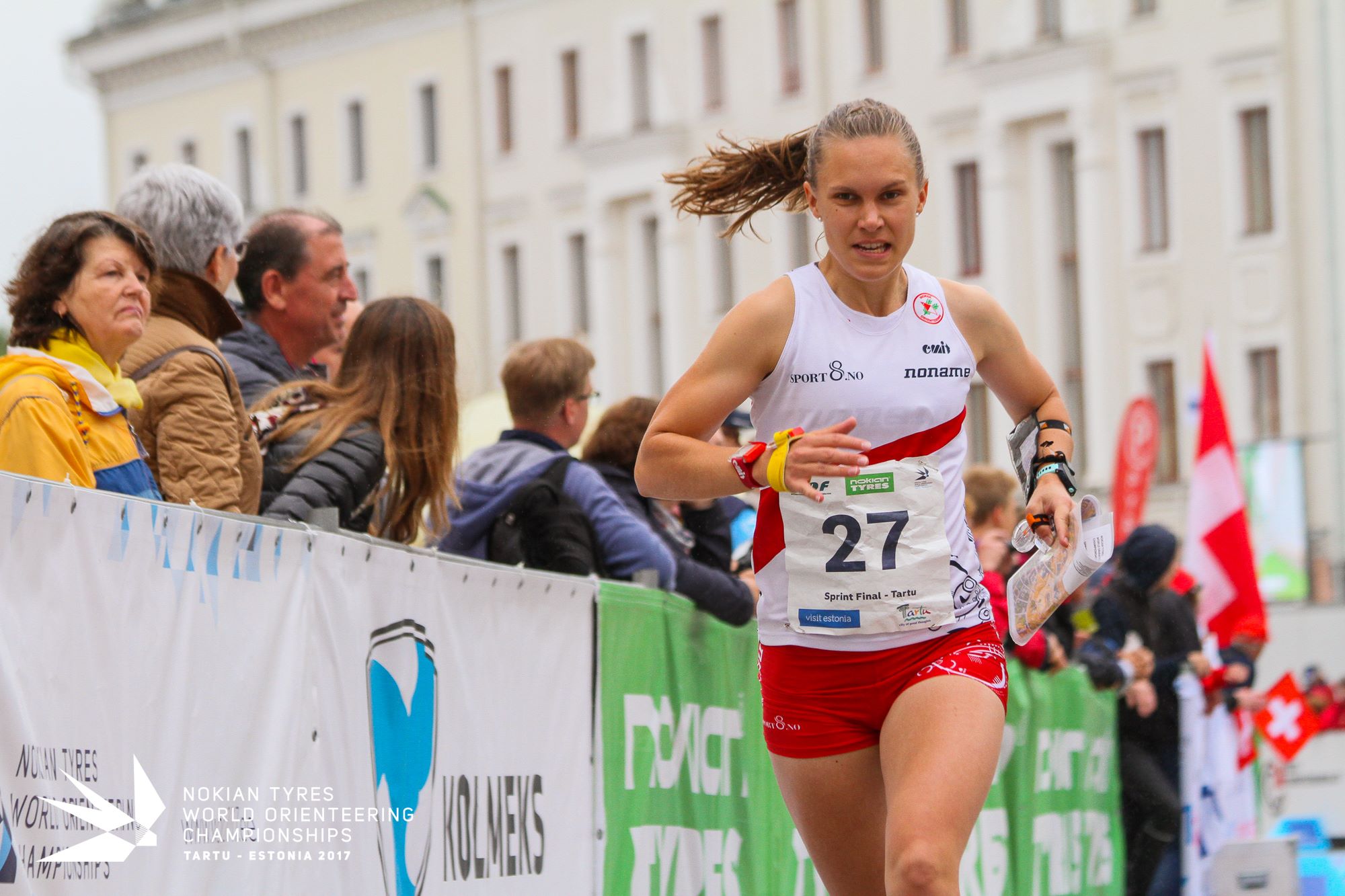 WOC 2017 is history, and for the first time I am really not satisfied with my own performance. Going home with a 19th place in the sprint was not what I aimed for. Anyway, I did enjoy running WOC in Estonia, and it was nice to see many other good performances from my team mates - 2nd best nation at WOC! Being a reserve is always tough, watching races you want to run from the sideline, but I am motivated to keep on working towards new goals and hopefully be stronger next time to be able to catch some more of the few spots.